A bold proposal for Israel’s future

If this is the new voice of Israeli politics and government, it is a shrewd, loud, and powerful voice that is sure to be controversial both inside and outside of Israel’s borders. Danny Danon, chairman of World Likud (a major political party) and Deputy Speaker of the Knesset, argues that the generations of appeasement, two-state solutions, and land-for-peace bargaining need to be put into the dustbin of history. They haven’t worked, and they have rarely, if ever, been in Israel’s interest. He advocates a much tougher stance, along with much greater independence from American policy. 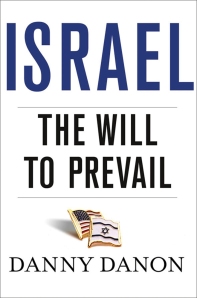 As a key player in a new generation of Israel’s leadership, Danon insists that Israel needs to assert full sovereignty over lands under its control and stop expecting some future giveaway to bring peace. For Danon, demonstrated strength will be the great peacemaker. In the Middle East, power talks and anything less than an aggressive stance is construed as weakness. We’ve heard these positions before, but Danon has put the package together with great clarity and force.  Is his a dangerous stance? Perhaps, but it may be less dangerous than the acquiescence that invites annihilation.

Danon makes all the old cases for Israel’s right to exist in its current place on the globe: the Biblical case, the continuity case, and the legalistic case. He makes them coherently, economically, and with a bit of useful swagger. It’s almost as if he’s briefing Jewish college students on how to answer the arguments from the left side of the political spectrum, and Danon provides superb ammunition and copious documentation.

He reminds his readers that after WWI Syria, Iraq, and Lebanon were created in pretty much that same way that Israel was created after WWII, but no one is questioning the legitimacy of those nations. He reviews, briefly, the great British Mandate for Palestine giveaway of 80% of the land to the country now named Jordan, the home of over two million Palestinians. It’s clear that at one time the international community expected the entire Mandate territory (from the wreck of the Ottoman Empire) to be the home of a Jewish nation. He insists, with plentiful evidence, that there never was a Palestinian nation –  a distinct, self-governing entity – to be overtaken, stolen, occupied, or otherwise compromised.

For all of the background arguments that Danon provides, his main strategy is to underscore the facts on the ground.  Israel is here, unapologetic, and ready to take its survival interests fully into its own hands. That means, with some slight adjustments, fully annexing territories conquered in defensive wars.

Danny Danon is at great pains to articulate a refinement of Israel’s relationship with its great ally, the United States. The question of U. S. influence on Israel’s policies and actions is complicated and deeply rooted. From Danon’s perspective, Israel has too often caved in to U.S. (and other Western) pressure and acted against its own interest, postponing the reckoning to a later date. Having gained the upper hand with its enemy neighbors on several occasions, Israel folded to appease its allies. Danon believes a stronger, more independent Israel can be of even greater value to the United States. Though such a statement may seem counterintuitive, the argument’s details are compelling.

The future that Danon envisions includes a three-state solution to the Palestinian crisis. He writes as follows: “This would entail a regional agreement with Jordan (Danon claims that Palestinians are 70% of Jordan’s population), Egypt (where Palestinians already enjoy many advantages of citizenship), and Israel that would give Palestinians land and other rights across these three areas – not land to form a distinct Palestinian state but land within the borders of these states as they exist now.” All parties would agree that Israel has a right to exist, and Israel would fight to demolish those, like Hamas and Hezbollah, that work to delegitimize and destroy the Jewish state.

Does Danny Danon’s proposal have a chance? Well, stranger things have happened.  It certainly is a challenge to the dead-end modes of thought that have proven their inadequacy for so many decades. For this reason, it is required reading for all who care about Israel.

Memorial candles illuminate a tortured past

Reading this sophisticated thriller is definitely addictive. Sharon Potts has taken us into a nightmare world where the past and present collide and where evil eventually has a name and a face. The author imagines a woman whose irrational sense of guilt has frozen her emotional life. Now in her nineties, Lillian Campbell (whose earlier identities we will come to know), had been a distant mother to her daughter, Dorothy, who in turn had difficulty being a loving mother to her daughter, Kali. There is evidence that Dorothy’s death, many years ago, was possibly a suicide. 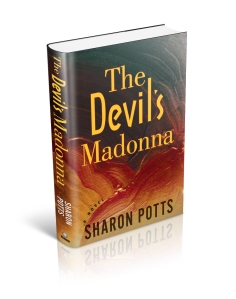 The novel’s protagonist, artist and book illustrator Kali Miller, was raised by Lillian after Dorothy’s death, but it was a cold relationship. Kali, now married and pregnant, is determined to know more about her secretive grandmother in order to know more about herself. She also feels responsible for looking after the frail, fading, and haunted woman, who is her only blood relative.

The artistic challenge of “The Devil’s Madonna,” brilliantly met, is to take readers into Lillian’s tormented memories and nightmares. Often enough, Lillian confuses these visions with her present, conscious perceptions. Sometimes, she speaks or sings eerily in Yiddish. Always guarded, she is more and more fearful of intruders who would discover long-hidden truths and enact some kind of vengeance. The author’s achievement in taking us into Lillian’s thoughts, emotions, and recollections of her mysterious past in Nazi Germany is spectacular. 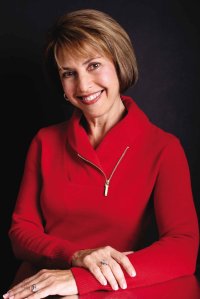 The flashbacks and nightmares reveal Lillian’s distant past as an Austrian child (Ilse Strauss) and later as a gorgeous young woman in Berlin going by her stage name Leli Lenz (she had yet other identities before becoming Mrs. Harry Campbell). Blonde and blue-eyed, Leli’s Jewish genes had been well disguised, but now the aged, tormented Lillian has been driven to exorcise her demons in an unusual way: she fills her home with dozens of Yarhzeit (memorial) candles, fulfilling the Jewish tradition of honoring the souls of the departed. In the process, she almost burns the house down.

Kali is overwhelmed with the tasks of attending to her grandmother’s dangerous behavior, keeping herself healthy through her pregnancy, and appeasing her childishly dependent husband, Seth, who can’t deal with Kali’s absence when she stays to attend Lillian. Yet Kali is determined to uncover the past, and her grandmother has the keys. . . .

I just glanced at the growing list of participating authors (presenters and panelists), and it’s enormous. Here are those whose last names begin with “A”:

For the rest of the alphabet, and other developing news, click here: http://miamibookfair.com/events/confirmed_authors.aspx

The prose is so evocative in this extraordinary legal thriller that one is tempted to reread passages just to savor it. Goldstein tunes language like a virtuoso, conjuring the ever-present tension between idealism and cynicism, hope and despair, altruism and greed thataffects everything and everyone protagonist Michael Seeley encounters. 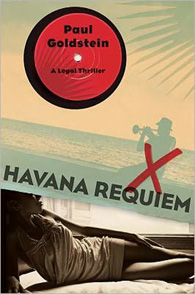 Returning to the law firm from which he was dismissed not long ago, Seeley also has to balance lessons learned against principles that never change. As a professional in a large organization, he has to balance the firm’s need for major cases and major clients against his own preference for the pro bono work that soothes his conscience.

Providing a context of American political history while building a cogent contrast with President Franklin D. Roosevelt’s situation as he took on the Great Depression, Professor Skocpol tries to account for the many conflicting perceptions about President Obama’s leadership. 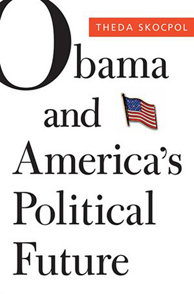 She calls Obama’s New Deal the “Halfway New Deal,” wrestling with the issue of whether he should have tried to put through more or fewer reformist programs. She notes that the American voter had only seen the tip of the recession iceberg when Obama took office, and their dismay at its full dimensions contrasted sharply with the situation in Roosevelt’s presidency when the Depression already had the country in its firm grip and both Congress and the public were ready for innovative, remedial change. . . .

Dr. Orville Madison knows the justice system well enough to fear it. This generous and God-loving physician, a pillar of his Miami community, has determined that there is only one way to protect his daughter Cassie from reliving the experience that has devastated her. He must kill the culprits who gang-raped his teenage daughter before the police arrest them and bring the case to trial. 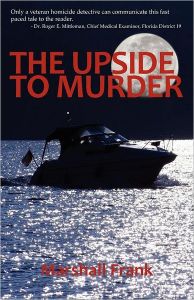 Cassie had been seriously beaten and lost one eye. Her health and state of mind are delicate. Her father has decided that she cannot maintain her sanity as a witness in a trial. To save her from such an ordeal, he begins his own investigation with one end in mind. Before long, he does find and murder two of the criminals, and he hopes soon to close in on the third, whose name he knows.

The official case to find Cassie’s tormentors is headed up by Detective Sergeant Ray Blocker, a veteran homicide investigator who doesn’t look the part. His upscale wardrobe is one of the results of his hitting it big in a lottery. Another is his custom Cadillac Esplanade police cruiser. Then there’s the oceanfront condo. A widower whose wife died in a car crash, Blocker is estranged from his daughter and rarely gets to see his grandchild.

A top-notch and respected detective, Blocker slowly begins to suspect that Dr. Madison is the man who’s beating the police to the suspects – which means that there is probably a leak at police headquarters. Madison’s wife, Addie, suffering from her husband’s peculiar behavior, especially his mysterious absences, is fighting down her own suspicions.

Melbourne author Marshall Frank balances his storytelling on three poles: scenes focused on Madison, scenes focused on Blocker, and scenes focused on one or another second-tier character – most significantly the third suspect, prize fighter Marvin Patterson. Most often, Mr. Frank shuttles among three perspectives in a single chapter, heightening suspense and building his complex, multidimensional portrait of human nature within a nightmarish vision of Miami unlike that of most novels set in that city.

The Upside to Murder includes a stimulating mix of ethnicities, including a French-Canadian hooker. Like the real Miami, the novel is populated by Whites, Blacks, and Browns. While Mr. Frank makes it clear who among his characters is Caucasian, Afro-American, or Hispanic, his handling of racial and cultural identity is subordinated to representing the essential humanity of each individual. This humanity transcends but does not deny the factors of heritage and community. . . .