Where is the borderline between popular genre fiction and “literary” novels? This is a question that comes up more and more often, as some of the most accomplished novelists writing today choose to mine popular modes. Perhaps that’s the only way of attracting an agent or publisher. In a world of market-driven publishing decisions, one has to aim at a designated section of the bookstore: science fiction, romance, thriller, etc. At the outset of his career, James Lee Burke was a well-reviewed “literary” writer whose books did not sell well. But once Burke hit upon bad-boy Cajun detective Dave Robicheaux, he found himself regularly on the best-seller list. 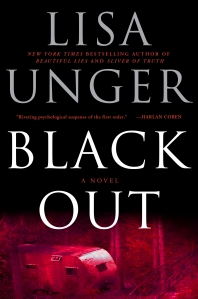 Like Burke, like Geraldine Brooks in her astounding history-rooted fictions “March” and  “People of the Book,” Clearwater resident Lisa Unger has gone beyond the conventions and formulas of a popular genre and now knocks on the door of true literary artistry. “Black Out,” Unger’s third novel, is a powerful, penetrating, and truly frightening look at a compromised mind in a series of desperate situations. Her protagonist, Annie Powers, lives a fairly comfortable life with her husband and young daughter in the suburbs outside of (unnamed) Tampa. However, the substance of Annie Powers’ identity is a shell, a graft upon a young woman named Ophelia March who had suffered every kind of abuse, beginning with parental neglect and ending with forced complicity in a series of horrible crimes.

Ophelia was a prisoner to her lack of self-esteem, easy prey to manipulators and control freaks. Her escape from her dead-end life required, ironically enough, her apparent death, and her ultimate psychological freedom demands the sure knowledge that her principal jailor – the dark, mesmerizing, yet vacant young man who is also her lover – is dead.

Somehow (you’ll have to read the book for the slowly and artfully revealed details), Ophelia March disappears to be reborn as Annie. But Annie is haunted by the past, by memory gaps, by nightmares, by threats to the fragile peace of mind she has achieved. “Black Out” becomes the story of a lost identity, a divided identity, struggling to find itself and yet fearing what it will find. The reader can’t be sure, during Annie’s searing journey, if she is doomed to paranoia or if there are external forces at work to thwart her quest for wholeness. 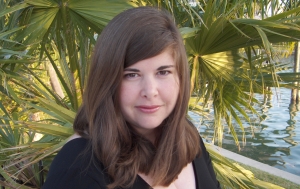 Unger complicates her narrative and deepens the resonance of her psychological probing by interweaving several timelines. Each timeline has its own suspenseful integrity, and yet each is part of Annie/Ophelia’s horrendous, tortured path. By juxtaposing different stages of her protagonist’s real and imagined journey, Unger at once ratchets up the suspense and allows the reader to share Annie’s bewildering disorientation. Readers also recognize her determination to reclaim her life, which means to redeem Ophelia.

The supporting cast of characters is superb, including Ophelia’s inept parents; the psychotic criminal Frank Geary and his equally twisted son, Marlowe, who becomes Ophelia’s lover and controller; Annie’s husband, Gray Powers, and Gray’s manipulative father and stepmother. We meet as well Annie’s amazingly well-balance daughter, Victory; a compromised police detective; an equally compromised therapist; various thugs; and an assortment of lesser characters that are sharply individualized if only in walk-on parts.

So, we could say that “Black Out,” published by the prestigious Shaye Areheart imprint of Crown (itself a division of Random House), is an outstanding example of the psychological thriller. It’s also a white hot page-turner. However, this book is more than a thrill ride. Its feeling-tones and issues linger after the denouement, as is the case with significant literature. Its exploration of the human psyche brings insights both authentic and profound. Annie’s plight will mean something to astute readers – they will take it personally. Lisa Unger is not – or not yet – the American Dostoevsky, but she may be on her way.

Note: I was pleased that the “Book Beat” column ended on this high note. Lisa Unger is among the most talented authors now writing in Florida. You can find two reviews of her more recent books on this site.