Balancing the thrill of adventure with level-headed caution

This is one of those books that takes the reader – even the reviewer – by surprise. At first glance, it seems too quirky to gain an audience, what with its elephant toys and statuary, the saga of the iconoclastic great aunt, and the heroine’s adventures in Australia. However, it has a addictive charm and generates a highly pleasurable experience, despite the hardships of its protagonist.

We meet small town Ohio girl Cate Kingston when she is quite young, spending highly pleasurable time in the company of her eccentric Aunt B, whose spacious and dazzling nearby home is named Chartres. Cate grows up, in part, on her great aunt’s fabulous stories, many of them ending with an experience that is memorialized by a gift Aunt B has received – a fabricated elephant that takes its place in a lifelong collection. There is a great deal of variety in the collection, as there is in the memories that Aunt B recalls.

Cate’s story gains momentum as she grows into young womanhood. Her senior year in high school and her college years are marvelously rendered, especially Cate’s problems making friends and her very close relationship with her father, a veterinarian who also has a small farm. Cate’s identity is connected to the father and daughter riding horses together whenever they have the time. It’s a powerful bonding experience for her that ends with a powerful loss. Cate is also close to her mother, but in a very different way.

Cate’s own story takes the shape of a regularly disappointed search for the perfect mate, the disappointments perhaps predicated by her idealization of her father. One fellow seems too much like a big brother; another is too possessive. Other relationships seem to lose their passion and sense of fulfillment. Cate questions herself about these seemingly doomed relationships, but perhaps they serve to make her the complex, accomplished, and productive woman she becomes over time.

The author sets Cate into memorable historical events, notably the impact of the Vietnam War on Cate’s generation of college students and the related crisis of the Kent State shootings.

Ms. Gordon’s novel moves into a higher gear once Cate determines to shake up her frustrating life path by moving to Australia. Having credentials as a physical education teacher, she participates in a program that challenges and rewards her. However, as much as she loves many features of her new physical and cultural environment, many of her familiar habits reassert themselves. As the saying goes, “the mind is its own place,” and a person can’t get away from what’s inside of her simply by relocating. . . .

To read the entire review, as it appears in the March 28, 2019 Naples,  Bonita Springs, and Charlotte County editions, and also in the April 3 Fort Myers and  the April 4 Palm Beach editions, click here:  Florida Weekly – Ten Elephants Ten Memories

“The Way Back,” by Jonnie Schnytzer

This idiosyncratic novel, a splendid representation of Israel’s dark side set against its glorification by advocates, excels in characterization. Schnytzer penetrates the interior world of his principal figures, exposing their strengths, weaknesses, goals, and fears. We meet successful government leaders and aspiring candidates for the highest offices. We enter the shadowy world of Mossad operatives and the work-a-day drudgery and ambitions of an aging veteran police inspector, Moshe Biton. We meet a fascinating figure just released from prison, David Hartbacher (“tough guy”), and learn of the lineage that has contributed to his present identity as an Israeli vigilante, and his involvement with the kidnapped son of a senior Mossad agent.

We meet the disgraced and somewhat disgraceful Limor Schwartz as she tries to claw her way back to her former position as a senior Mossad operative, using all the skills and tools at her disposal. We explore a society that has a bifurcated identity, captured somewhat by the slogan “It’s time to replace Zionism with Judaism.” Under the pressures of Israel’s situation, many of the characters are at war with themselves. 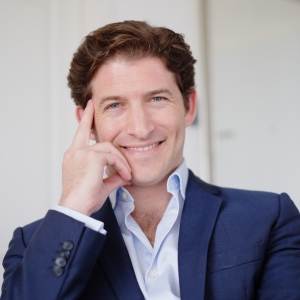 We encounter, along with the Israeli characters, a host of Arab people responding to the Palestinian situation. We visit Cairo, Benghazi, the Israeli capitals, and many other vividly drawn locations. We meet terrorist leaders, their underlings, and their victims. We learn how members of the enemy camps are recruited to serve a new controller and develop a new, if vulnerable, allegiance. . . .

To read the entire review, as it appears on the Jewish Book Council website, click here: The Way Back

A delightfully complex Mediterranean adventure rooted in the past.

It’s hard to understand why Mr. Kuzneski, whose earlier titles rang the cash register of a major trade publisher (the Berkley imprint of Penguin), is now his own publisher. One thing is sure: he’s not alone. Many best-selling authors have in one way or another been separated from high-profile publishers while continuing to satisfy readers. The Malta Escape should make his old fans happy and attract new readers as well.

This is book 9 in his Payne and Jones series, the continuing tale of too brilliant buddies from different backgrounds with contrasting skill sets and a unique relationship. Jonathan Payne, a successful high-tech entrepreneur, is shifting gears, he is retiring from Payne Industries, the company built by his grandfather that has made him (and will keep him) rich.

As Jon thinks about the future, he also thinks back to his days in an elite special operations military unit, MANIAC. His buddy David Jones, who was second in command, has worked for Jon, but in most essential ways they are equals. They kid a lot about how the Caucasian Payne and the Afro-American Jones compete with and complement one another, each one always trying to outdo the other.

Now they join up for the latest in a series of globe-hopping adventures. Having come to Malta for a vacation, they are soon engaged in a quest to uncover – if it really exists – an unmatchable hoard of antique treasure hidden somewhere in or under the island nation. 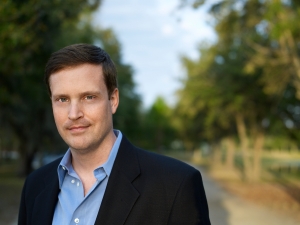 At the outset, the narrative takes us to Estonia where a Russian named Bobrinksy working on his somewhat shady business in various kinds of rarities while hoping for a new and better life in the magic capital city of Tallinn. He is preyed upon by Ivan Volkov, to whom he owes money. Eventually, Volkov’s hunger for controlling others and amassing wealth will lead to a rivalry with Payne and Jones. Though our heroes would wish to simply recover the Malta treasure trove and make it a public resource, diabolical Volkov wants to control it for his own purposes.

The search requires extensive historical research, extremely detailed and complicated. Our team needs allies, and they find them. Among the team members are Marissa, a beautiful young woman who is an expert on Maltese history, and her idiosyncratic mentor. Readers will enjoy, as well, the eccentric Finn named Jarkko who has a good nose for clues and a magnificent yacht that plays an important part in the story.

So, of course, readers will need to spend some time in Finland. The story also has scenes in Switzerland, France, and Russia. . . .

“A Spy in Exile: A Thriller,” by Jonathan de Shalit

A pseudonymous former senior staffer in the Israeli intelligence community has crafted an exciting, highly original espionage thriller. The premise: Israel’s intelligence operatives are getting predictable and lax. The Prime Minister, wishing to shake things up, establishes a nameless new entity under deep cover, an extremely fluid team that answers only to him. 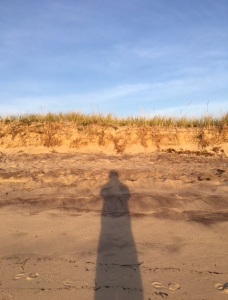 Though recently removed from her position at the Mossad, Ya’ara Stein–beautiful, resourceful, and ruthless–is selected to head this unit. The six team members she recruits generally work in pairs to fulfill missions, developing personal as well as spy-craft relationships. They learn tradecraft on the job: training and assignment execution are compressed into one tense and explosive experience. The group must remain invisible, with no recourse to outside assistance. . . .

“The Secret of Clouds: A Novel,” by Alyson Richman

An exquisite story about how teachers and pupils enhance one another’s lives.

The spellbinding The Secret of Clouds balances timelines and points of view. One narrative follows a young Ukrainian couple living in Kiev during the Chernobyl nuclear catastrophe in 1986. Katya and Sasha Kransky, one a promising ballerina and the other a science graduate student, are rattled by the calamity and their government’s reaction to it. After an injury severely handicaps Katya’s chances for a ballet career, they find an opportunity to relocate to the United States, settling in a small town on Long Island.

While the novel’s prologue establishes Katya and Sasha’s crumbling world of Chernobyl, most of the book takes us into the Long Island world of the Topper family, where the story is mainly narrated by Maggie Topper.

Thus, author Alyson Richman effectively shuffles between past and present, between two worlds, and between two starkly different female characters. The inherent contrast in these pairings expresses itself through a profound interaction: In her second year of teaching in the Franklin Intermediate School, Maggie meets Yuri Kransky and his parents, Katya and Sasha.

Yuri suffers from a heart defect. He has little stamina and is unable to participate in conventional classroom life. Maggie is asked to teach him one-on-one at his home. As one who idealizes the teaching profession and aspires to its worthiest goals, she cannot refuse.

As one would expect from such a setup, Maggie’s devotion to Yuri becomes a situation in which she is as much the learner as the teacher.

The immigrant Kransky family lives in relative isolation; Maggie, however, interacts with her family, New York area friends, other teachers, and a full complement of students. She also has a boyfriend, Bill, with whom she shares a modest, but distinctive, home.

Through Maggie’s portrait of Yuri’s ups and downs, intelligence, and courage, Richman brings him fully to life. He has a damaged heart but boundless “heart.” Though Katya is understandably super-protective of him and constantly on edge, Maggie convinces her to give Yuri carefully monitored exposure to the classroom and fellow students.

Maggie’s influence on Yuri is balanced by his influence on her, and Richman handles Maggie’s growth as a teacher faultlessly. If there is one element of the book that stands out, it is the respect the author shows for the teaching process and the value of skilled, committed educators. The portrait of Maggie’s colleagues provides a cross-section of teacherly types, but what’s going on in the Franklin school community is good news. . . .

To read the full Washington Independent Review of Books version, click here: The Secret of Clouds