“Man of My Time: A Novel,” by Dalia Sofer

A dazzling tale of a person — and a country — in despair.

The provocative title of Dalia Sofer’s absorbing new novel leads readers to ask: “Aren’t we all creatures of our time?” The answer isn’t as simple as it seems and involves an exploration into the nature of what it means to be “of” a particular time and place.

Sofer, with great insight and urgency, depicts Iran — especially its capital city, Tehran — during a time of political and cultural transformation, which took that country’s people in multiple directions. She soaks us in the aftermath of its 1978 revolution, including what led up to it and what followed.

How does one navigate the shifting corridors of power? How can families hold together when circumstances propel members to take sides — sometimes out of sincere, principled sentiment; sometimes out of fear; and sometimes out of inertia? And to what configurations of national or religious identity should a person ally him or herself?

The main character in Man of My Time, Hamid Mozaffarian, wants to find his own path. But he seems doomed. He cannot negotiate life’s hurdles and, at bottom, doesn’t want to. He seems to enjoy his blend of numbness and pain.

He has managed to find a government sinecure as an interrogator, but it’s a job with strings attached: pleasing the higher-ups. Favors must be returned. . .

To read the entire review, as it appears in the Washington Independent Review of Books, click here:  Man of My Time

“The Old Stories,” by David Selcer

How a seemingly ordinary individual can play an extraordinary role

It’s hard to separate the strands of memoir, history, biography, and imagination in David Selcer’s provocative, informative, and deeply moving book. Perhaps the genre doesn’t matter that much. It’s a feast of information and revelation, past and present, satisfaction and regret.

As the Nineteen Century came to a close in the town of Kherson within the Ukrainian province of Greater Russia, a young boy – not at all a scholar – toiled with his lessons at the Great Choral Synagogue. He hated his studies, but enjoyed paging through the stories of Sholem Aleichem, the great Jewish storyteller whose Yiddish tales offered humor and profundity. At nine, Chaim Zelitzer could not absorb the great teachings of the Torah and the Talmud. He had a practical turn of mind. At a young age, his was happy enough to please his father and uncle by becoming a skilled metal worker. But he stumbled through his Bar Mitzvah preparation.

Chaim did honor the traditional goal of the Tzadik: of becoming a righteous man.

His older brother, Shmuel, was on his way to becoming a famous cantor.

Russia’s defeat in the Russo-Japanese War (1905) prompted the teenage sailor (Chaim) to “go AWOL” to Manchuria.

He made his way to the United States via Canada (where the immigration process changed the name to Selcer), and a fortunate arranged marriage provided the opportunity to raise a family, and, with his wife, run a business. His children were often embarrassed by his accent, his foreign ways, and a certain coarseness of manner. 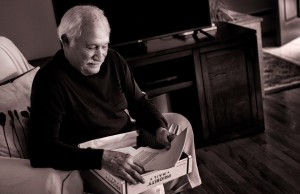 No one expected that this man, in his middle years, would become a hero of sorts. Without explanation, soon after the close of WWII, Chaim (now long known as Hyman), became involved for about eighteen months as a worker for the entities that would soon help bring forth the State of Israel. This man, who never had a birth certificate, somehow, with his sophisticated and well-connected Ohio friend Herschel Bloom, worked for the cooperating Jewish organizations that would change the history of the Middle East.

They were part of Aliya Bet, the secret organization that created a secret Jewish fleet for the purpose of facilitating Jewish immigration to Palestine, a crucial step toward undermining the power of the British Mandate for Palestine, which favored other political outcomes for the remains of the former Ottoman empire.

This part of the story is told, long after Hyman’s death, by Bloom, who is questioned relentlessly by Hyman’s younger son, Lester. Lester had been a resentful son growing up in the shadow of his older brother Ben. Just like Chaim had grown up in the shadow of Shmuel. Lester never could please his father; never received praise, encouragement, or even useful answers to his questions. His understanding of his father is modified through hearing Bloom’s narrative of courage and commitment.

This brief stretch of time within the overall narrative includes a romantic subplot in Hyman’s relationship with an attractive woman, Leila, he meets on Kfar Giladi, a kibbutz that absorbed many newcomers to nascent Israel.

Mr. Selcer’s prose has an abundance of descriptive power. He is able to put his complexly-drawn characters into vivid, realistic settings across the decades of his fable-like tale. The author is also able to set forth the historical issues and events with clarity and precision. Moving as well is his handling of the various characters emotional ups and downs.

Is Lester, who is the novel’s primary first-person narrator, actually David Selcer in disguise? It sometimes seems that way. But no: David Selcer is the son of Lester and thus the inventor of the needed fictional answers to the narrative’s questions that would otherwise go unanswered.

A former Ohioan, David Selcer now lives in Sarasota, Florida with his wife, where he decides employment cases for federal agencies as a Federal Agency Decision Writer. Always a buckeye, the Buckeye Barrister (lead character in Selcer’s 4-part mystery series) is an avid OSU fan. Another of his books is the historical novel Lincoln’s Hat and the Tea Movement’s Anger.

“Disengagement: A Novel,” by Daniella Levy

An Israeli microcosm of the polarization that infects politics across the globe.

This brilliant and troubling novel pursues what many Israelis consider a national disaster, and others consider a necessary accommodation to reality. In 2005, Israel forcibly removed those Israelis who had settled and lived in Gaza for the better part of a generation.

To tell the story in Disengagement, author Daniella Levy invents a representative settlement, Neve Adva, and populates it with a large cast of characters with a range of perspectives about the disengagement and each other. These characters had various reasons for relocating to the Gaza Strip: patriotism, religious conviction, and the opportunity to shape and nurture a community in their own image.

Generally, they are presented in family groupings, and a good number of the children cannot remember another home. The characters’ motives seem like a modified version of those that fed the modern Jewish state’s founding, but the parallels are not drawn in detail.

Most historical narratives of Israelis in Gaza go something like this: On June 5, 1967, some weeks after Egypt blockaded the Straits of Tiran and cut off Israeli shipping, Israel launched an attack against Egypt, beginning the Six-Day War. After swiftly and thoroughly defeating the neighboring Arab states, Israel assumed control over the Gaza Strip and held the area by populating it. A series of border communities, the settlements served as a defensive measure against incursion into Israel by various Palestinian forces. 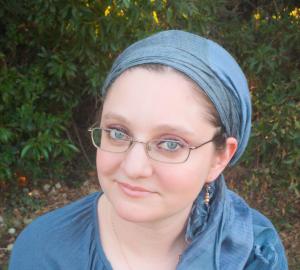 Levy’s storytelling, however, is best approached without such historical trappings. Its heart is found in the settlers’ varied reactions to the Israeli government’s decision in 2005 to send its soldiers into the settlements for the purpose of destroying them. That is, destroying the lives and hopes of Israeli citizens.

Readers receive heart-wrenching descriptions of individual reactions to this disastrous upheaval in their lives. Several of these passages have the grace and resonance of prose poems. . . .

To read the entire review, as it appears in The Washington Independent Review of Books, click here: Disengagment