Our wonderful State of Florida must be the charmed zone for authors of outstanding crime fiction. One of the best to come along in recent years is Bob Morris, who turned novelist after years as a journalist, travel writer, and editor – working for such publications as the “Fort Myers News-Press,” the “Orlando Sentinel,” “Caribbean Travel and Life,” “Bon Appetite,” and “National Geographic Traveler.” His first novel, “Bahamarama,” was nominated for the Edgar Allan Poe Award as best first mystery novel. It achieved several other distinctions as well. It was followed by “Jamaica Me Dead,” which also received much positive attention. Most recently, Morris brought to press “Bermuda Schwartz,” which has just been released in mass market paperback. 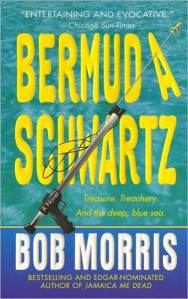 “Bermuda Schwartz” is a delightful romp, at once travelogue, mystery, and tough-guy romance. Morris’s continuing character, Zach Chasteen, travels to Bermuda with his girlfriend, travel magazine publisher Barbara Pickering. Their visit, occasioned by a birthday party for Barbara’s wealthy and somewhat wacky aunt, turns into a series of interlocking puzzles that Zach must solve.

There is the corpse that shows signs of a unique torture, linking the unknown perpetrator to crimes on Bermuda that happened some years back. There is the strange business of Zach’s sizeable Bermuda bank account having disappeared. And there is the fascinating character of Teddy Schwartz, a famous treasure salvager, whose mysterious behavior causes suspicion and mayhem. Then there is the guy at the dive shop, Bill Belleville, a somewhat questionable character whose name matches that of one of Florida’s most respected nature writers. (Florida authors seem to love these in-jokes.) And there is Zach’s sidekick, Boggy, a man of wisdom drawn from the indigenous Taino culture of the Dominican Republic, and a person of unfailing loyalty. And there is the attractive and determined Australian, Fiona McHugh, whose brother Ned is the victim.

We meet an obstinate Bermudan police officer who walks a tightrope between conducting his investigation by the book and resentfully granting Zach some space to freelance. We meet Manuolo Ferreira, the leader of a Portuguese crime family reputed to be connected to a mysterious religious order seeking an important remnant of the Holy Cross. Indeed, it seems that everyone is seeking it, and this quest becomes intertwined with Zach’s quest to recover his missing funds. We have an adventure that is on one level thousands of years old and on another level goes back merely hundreds of years to the late fifteenth century voyages of discovery to the New World. 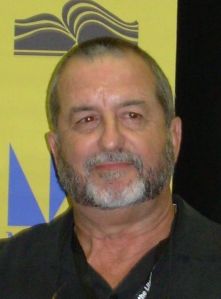 Morris adroitly maneuvers Zach through a series of confrontations, alliances, and near-misses until the final pieces of the puzzle are assembled. Morris’s skills in characterization, pacing, and scene-setting are powerful, and he invests Zach with an edge at once hard-boiled and humorous. Zach’s sarcastic, satiric wit and rough-hewn manner sometimes put him at odds with Barbara’s stuffy aunt, but the two eventually gain a grudging respect for one another. And Zach’s relationship with Barbara deepens in the process.

You have to like a guy who played big-time college as well as professional football and has evolved into the proprietor of the Chasteen Palm Nursery. Like many of his contemporaries in the world of fictional crime-solving leading men, Zach Chasteen does not play at being a detective – troubles just come his way. Morris, who knows his Florida and the fascinating world of nearby paradisiacal islands, paints with cool authority a colorful world populated by memorable characters – and his plot clicks like the tumblers in a safe.

You can discover more about this must-read author at bobmorris.net. And you can meet him in Naples on April 5 & 6 as part of the faculty of the Naples Writers Conference, held in conjunction with the Naples Press Club’s Authors and Books Festival.

Neapolitan G. P. Walmsley provides a racy, colorful entertainment with his first novel, “The Virtuoso: A Love Story in Scarlet.” The story takes readers through about three decades, tracing the life of John (or “Jack”) Dupree from his days as a wartime New Orleans street kid of eleven through his ups and downs as a musician, friend, lover, and human being. The part of the portrait that illumines Jack’s coming of age in the 1950s, a section that includes his service in the Korean War, is even better at capturing the feel of a decade than the delineation of the other periods – and this sense of time and place (including St. Louis and New York) is always keen. 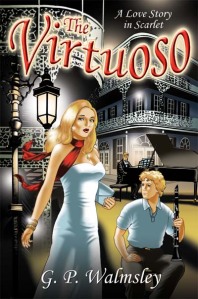 Jack’s early education takes place in the saloons and jazz clubs of his native city, and his passion for jazz, still mainly the province of black musicians, is matched only by his passion for women. His sexual experience begins early, and it continues to define him through the decades the follow. Walmsley draws this formative New Orleans milieu quite convincingly, and along the way he probes the racial tensions of the times. He also probes the dynamics by which racial barriers give way to mutual respect among dedicated, skilled musicians in the world of blues and jazz.

The world of nightclubs, whether sleazy or posh, is interwoven with the world of prostitution. Jack lives in that world as well. When his mother dies, Jack moves on to live with an aunt who is a madam in St. Louis. Soon enough, he meets her friend Sophia, also in that trade, with whom he has a most passionate and complex relationship. Sophia supports, marries, and occasionally torments the much younger hero, helping him to realize his dreams of becoming a top-level musician. Along the way, Jack is transformed into John, and he temporarily puts aside the jazz clarinet for the classical piano. Private tutors, Julliard, minor league competitions and concerts, and an ambitious agent-manager bring Dupree to the threshold of fame and fortune. 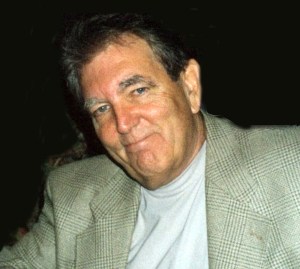 Though Sophia tries to bury her past and develops a successful Manhattan boutique, criminal prosecutions for prostitution and tax evasion threaten her – and thus threaten her husband’s chance at the gold ring. In part for this reason, they decide to divorce, but the reader learns of other motives as well.  Incidentally, Walmsley’s background in law enforcement adds credibility to several aspects of his plot.

As much as he cares for Sophia, Jack/John Dupree is tempted by other women, and he strays. Sophia has secrets as well, which I’ll leave for readers to discover.

What Walmsley does best is project the ecstatic moments of creative release – those times when an artist achieves a transcendent state. Both implicitly and explicitly, Walmsley likens this ultimate euphoria to sexual release. There’s nothing new in this comparison, but the author evokes it with skill and force.

He also does a fine job in creating a rich collection of minor characters, including Cotton Blanchard, a wise, caring black musician who becomes Dupree’s mentor and father figure. Dupree’s Aunt Clara is also well-drawn, as is Sophia’s lawyer and a young female violinist named Laura.

What does not serve Walmsley or the reader well is the extremely high proportion of technical errors in the writing: misused words, faulty punctuation, words and phrases set in italics for no good reason, and grammatical lapses of all kinds riddle the narrative and almost undermine Walmsley’s accomplishment as a story-teller. I say “almost” because the vigor of the work and the appeal of his characters and plot line somehow rise above these frequent distractions. It is unintentionally ironic that G. P. Walmsley actually offers thanks for editorial assistance. If only he had received skilled professional help, “The Virtuoso” could have been so much better. The patient, forgiving reader can still enjoy a sexy, high-powered thrill ride with rich nostalgia for decades past.

“The Virtuoso” is available from online book dealers, including the publisher authorhouse.com.

Philip K. Jason, Ph.D., is Professor Emeritus of English from the United States Naval Academy.  A poet, critic, and free-lance writer with twenty books to his credit, this “Dr. Phil” chairs the annual Naples Writers’ Conference and Authors & Books Festival presented by the Naples Press Club.