Fighting for understanding between Christians and Jews

As a staff member of the American Jewish Committee (AJC) for over thirty years, Rabbi James Rudin has been a prominent warrior in the struggle for constructive relations between Christians and Jews. His role as AJC’s director of interreligious affairs allowed him to participate in eleven meetings with Pope John Paul II and Pope Benedict XVI. Now settled in Sanibel, Rabbi Rudin remains active as an author and columnist, while serving as AJC’s senior interreligious advisor. His new book is another step in his long career as an advocate and agent for principles and actions that will build understanding, respect, and enthusiastic cooperation. 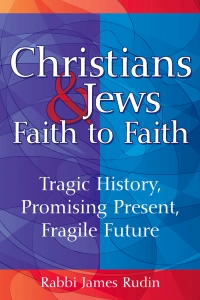 The subtitle says it all: “Tragic History, Promising Present, Fragile Future.”  Rabbi Rudin is frank and unapologetic as he probes the history of conflict between Christians and Jews. Indeed, “conflict” is too mild a term for many phases and issues in that history. A primary issue grows out of the early Christians’ decision to adopt one the several names of the Israelite people (the list includes “Jews” and “Hebrews”) for themselves. Calling themselves the “New Israel,” followers of Jesus felt that their new faith community superseded that of the Jewish people and that the coming of Jesus invalided the Israelites’ covenant with God.

This replacement positioning is reinforced by the terms “Old Testament” and “New Testament,” constructions that Rabbi Rudin feels are unsuitable for either tradition, but demeaning to Judaism. Its message is in parallel with that of the dismissive evangelistic notion of Jews being somehow incomplete because of their failure to accept Christ. The labeling of Jews as Christ-killers is an obvious roadblock to any pursuit of constructive relationships between the faiths.

Building interrelationships is not a homogenizing process, but rather one that allows for respectful particularity. Rabbi Rudin is dismayed by feel-good jargon like “Judeo-Christian heritage,” which suggests that we are all the same. He prefers formulations like “Jewish and Christian traditions.” We need to understand and respect differences, not pretend that they don’t exist.

In remarkably efficient and clearly crafted chapters, Rabbi Rudin puts in context several other concerns. These include the long institutionalization of Christian anti-Semitism, the need for the Shoah to be seen as a unique historical tragedy and the term Holocaust to escape the fate of becoming a lower-cased generic term, and the need to understand the intrinsic relationship between the Jewish people and the modern state of Israel.

An immigrant story with a Jamaican lilt

Ordinarily, I would not consider a book for review with a copyright date two years past brought out by an unknown publisher. However, in this case I’m happy to have taken a very pleasant, enlightening journey into the lives of a Jamaican family who came, in fits and starts, to a new life in the United States. Ms. Pringle offers this fictionalized version of her family’s journey with an eye for historical accuracy, compelling drama, enticing romance, and valuable cultural insights. Her key characters, Isabel Hanson Buckley and her husband, Walter Buckley, are drawn with precision and a rich complexity. The author’s evocative prose, especially the dialogue, embraces the cultural milieu like a musical score.

In describing the Jamaican world of the Hanson and Buckley families, Ms. Pringle simultaneously offers readers a view of the island nation as it existed in the first two decades of the twentieth century. She attends to the daily life of Jamaicans at that time – a time when modern conveniences were not even imagined. Widower Walter Buckley, a prosperous Kingston entrepreneur, is more or less the city slicker, while young Isabel Hanson, from the tiny village of Rose Hall, is imaged at first as the beautiful country bumpkin.

However, as their courtship, marriage, and the general course of their lives develops, they seem to change places more than once – the dynamics of their relationship hinging on changing tides of circumstance, personal need, and personal growth. The shifting tides of passion play a role as well.

Among the various circumstances of their lives, attitudes toward skin color and social class play a major part – both in Jamaica and in the United States, where the immigrant Jamaican’s relationship to American Negro society adds a new and powerful complication. The racial strands in the composition of Isabel and Walter produce four daughters in the main portion of the novel: two light-skinned, and two dark-skinned. Though no one is color blind, aspiring Isabel cannot find her way to closeness with her middle daughters – the two dark-skinned children who for several years were raised by Isabel’s parents while she and Walter were striving to “make it” in New York City.

A young single mother and rising artist, Marissa Fordham, is found dead in her home, her breasts amputated and missing. The attractive woman’s daughter, four year old Hayley, is the terrified witness – but one who has blocked out the traumatic experience. Near-victim Anne Navarre, the main witness in the ongoing trial against the serial killer whose crimes are detailed in “Deeper Than the Dead,” takes on the unofficial role of temporary custodian for Hayley. Anne is a local school teacher, trained child advocate, and new wife of Vince Leone, a retired FBI agent who consults for the county sheriff’s department and is a central figure in the new case.

The investigation pursues the answers to a series of questions. Why is there no record of Marissa’s life before she showed up in Oak Knoll about four years back? Who is Hayley’s father? Who would have the motive and opportunity to perform such a brutal murder? How did Marissa gain the patronage of the powerful socialite and self-styled art connoisseur Milo Bourdain? What is the meaning of Marissa’s breasts being mailed to Milo, whose wealthy husband Bruce is a reputed philanderer?

Sheriff’s detective Tony Mendez becomes the primary investigator, assisted and mentored by Vince Leone, partnered with Bill Hicks, and under the supervision of the county sheriff, Cal Dixon. Each of these professionals, and several others, is neatly characterized and differentiated.

Suspects include primarily the Oak Knoll men who have had some kind of relationship with Marissa – men she had dated or been seen with. These include Steve Morgan, the wife of Marissa’s friend Sara. Morgan, who had been connected to the victims in the See-No-Evil serial killer case, was a friend of Peter Crane, the man on trial. They also include Milo Bourdain’s son Darren; McCaster College music department head Mark Foster; and weird mathematics genius Alexander Zahn, a friendly neighbor who frequently visits Marissa but whose strange behavior makes many townspeople uneasy.

One person is likely to have information that will move the investigation forward – Marissa’s best friend, Gina  Kemmer. When Gina is suddenly found to be missing just before she’s to be interviewed, the investigation is handicapped and a second one begins. If Gina knows what Marissa Fordham knew, then she’s likely to become a victim of the same killer.

To read this review in its entirety, as it appeared in the Fort Myers (January 26, 2011) and Naples (January 27) editions of Florida Weekly, click here: Florida Weekly – Tami Hoag pdf. The piece appeared later in the March 24 issue of the Palm Beach Gardens Florida Weekly.

A Jewish Kingdom in Medieval France

Naples, Florida resident Lee Levin has written and published a remarkable novel in which facts and fantasy blend to reshape our understanding of Jewish history in Europe during the Middle Ages. Working with scholarly sources and such literary classics as “The Song of Roland,” Levin tells (and partly invents) the story of the Jewish Kingdom of Septimania, a region within the developing Frankish empire forged by Charlemagne. 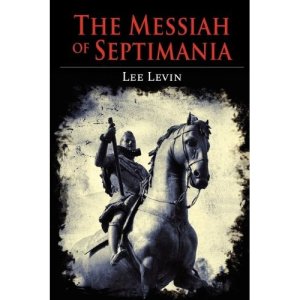 The Jewish king, Natronai, is chosen for his prominence among the Babylonian scholars of the time (8th century). A man of great intellect, he also can prove his lineage of royal blood going back to King David. This is important, as the rule of Pepin III and his son Charlemagne is lacking proof of royal blood to bolster its legitimacy. A political game is played out by which Natronai takes as his queen Charlemagne’s aunt, Alda. Their son, future King William, thus adds a royal bloodline to the Carolingian dynasty.

Natronai, known as King Makhir to his Jewish subjects and King Theodoric to his Christian subjects, develops into a strong, effective warrior-leader. He and his well-trained Jewish forces are instrumental in Charlemagne’s victories, helping Frankia reclaim lands from the Saracens (used here interchangeably with Ishmaelites or Moors).

The conflicts that carry the novel forward are manifold. The military engagements are narrated with abundant detail and energy, as readers are positioned to cheer on the Jewish king’s intellectual and martial contributions to Charlemagne’s advances. Several key nobles and lords under Charlemagne’s sway are resentful of Makhir’s ascendency and scheme against him. The Catholic Church, indebted to Pepin for financial support, must silently grind its teeth at this challenge to its authority. A Jewish king in its midst is an abomination. Mr. Levin invents a dazzling character, Archbishop Agobard, to represent this view and to scheme toward Makhir’s demise.

On the level of characterization, Levin employs broad, bold stokes to define the principal actors. The uneasy relationship between the freakishly small Pepin and his seemingly gigantic son, Charles (Charlemagne) is handled with skill. The traditional anti-Semitism that infects various characters to different degrees is a living force throughout the novel. The conflicts within King Makhir himself become a primary center of interest: Is he a man of God, or a man of war? Is he truly an independent king, or a lackey of Charlemagne, who has invented him for political reasons?

Most importantly, is the Jewish King also the awaited Messiah? Even as he was selected in Babylon, the buzzing began about the emergence of the Messiah. For years, Makhir resists the label and tries to squelch its application to him. But there are many ways in which his life seems to be a fulfillment of messianic prophecy. A proud man, Makhir must work hard at humility. However, the time comes when he, too, becomes convinced that he has been chosen to be much more than a king.

The ultimate test is whether he can interpret clues that will allow him to discover and unearth the long-hidden Temple Menorah, then bring it back to Jerusalem along with other sacred treasures.

The Messiah of Septimania , for all of its vividness and historical interest, would have benefited from another round of professional style editing and proofreading. Still, it is a grand, unusual adventure, true to the spirit and whenever possible to the known facts of a tantalizing and largely unknown chapter in Jewish history. 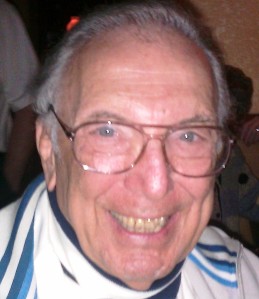