An unlikely hero makes the best of his shortcomings

Mr. Wiley has returned to the Chicago setting to launch the Sam Kelson Mystery Series. His recent books have been set in Jacksonville, where he teaches at the University of North Florida. His Shamus Award-winning Joe Kozmarsky Series was also set in Chicago. The author’s new main character is an unlikely hero battling with handicaps that make his exploits particularly intriguing and sometimes comical. 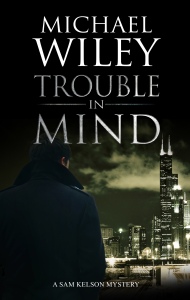 Sam’s last assignment on the Chicago Police Force involved a young and highly successful drug peddler nicknamed Bicho (Spanish for Bug). Attempting to lead an undercover narcotics team to make an arrest, Sam exchanged gunfire with Bicho and killed him. Cop and crook had fired at the same time, and the bullet that entered Sam’s brain changed his life.

When Sam is rushed to the hospital, his police buddy, Toselli, breaths enough oxygen into him to save his life.

Two years later, Sam is running a low-end private eye business. He admits to his clients that among his shortcomings is his inability to keep a secret. This is one outcome of the bullet that went into his left frontal lobe. He also is compelled to answer unasked questions and to laugh for no obvious reason. He has trouble navigating doorways. These and other results of his near-fatal wounding are on display throughout the story, provoking sympathy and smirks. His ability to function well enough and his desire to help people makes him a one-of-a-kind hero. 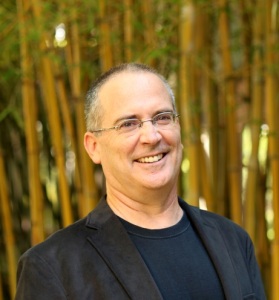 When Trina Felbanks become Sam’s client, his situation quickly takes a turn for the worse. Trina asks him to find out if her brother, a pharmacist, had been dealing drugs. When Sam shows up at Christian Felbanks’ home, he at first doesn’t find any sign of it being a place where drugs are being hidden, manufactured, or sold. However, he does make a shocking discovery: someone has put a bullet hole in Mr. Felbanks’ head. Just as Sam makes this discovery, a SWAT team rushes in and arrests Sam for the murder. Clearly, he has been set up, and his client must have played a role in this charade. Arrested on suspicion of murder, he makes an even more startling discovery concerning his client’s identity.

Who is the murderer and why has Sam been chosen as the fall guy? . . .

To read the entire review, as it appears in the March 25, 2020 Fort Myers Florida Weekly and the March 26 Naples, Bonita Springs, Charlotte County, and Venice editions, click here:  Trouble in Mind

Coming of age narratives, particularly about young women, have long been a staple in the literature of the American South. Zurenda’s marvelous book is a major achievement in this genre. It is deeply moving, troubling, and gloriously poetic. It brings to life small town South Carolina during the 1960s and 70s in a gorgeous and profound tale of the heart’s competing destinies.

Eli Winfield and Delia Green are first cousins, almost identical in age, growing up in and sharing the often-conflicting values of Green Branch, a small town with a long history. 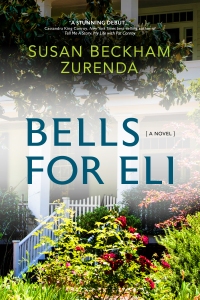 The core drama of the novel begins with a serious accident. Eli swallows some lye, and the consequences are a severe physical and psychological handicap. The lye burns everything in its internal path through his body, and Eli only partly emerges from a trauma that follows him through his life. He endures a tracheotomy and is hospitalized for six months. He requires and tube in his throat.

Among the other children, he is a freak – a misfit. He needs special accommodations in order to make his young way in the world. His breathing and speech are strange. His accident has raised being different to a higher power. 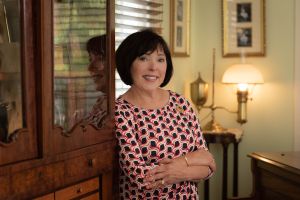 Cousin Delia remains close and supportive to him, but Eli, with a mixture of resentment and bravado, remains a boy apart.

The author’s skill at bring readers into Eli’s changed world, and Delia’s part in his steps toward various stages of recovery, is remarkable. We get to know the cousins (and the larger extended family) extremely well.

As they mature socially, physically, and intellectually, the cousins’ abiding love for one another undergoes many tests and modifications. Eli strives to assert his likeness to the other kids, but for years he remains a freak, and he overcompensates to assert his worth and dignity. He is remarkable in what is essentially a losing fight. He’s been judged, taken advantage of, belittled, and humiliated. You know how kids can be. Well, the worst of rotten kid behavior is thrown in Eli’s path.

As the narrative builds, the attraction and love between the first cousins raises the issue of how, given religious strictures important to Delia, they cannot consider marriage. . . .

To read the full review, as first published in the Southern Literary Review, click here:

The fifth title in the Ryder Creed Series has a bit of everything, including deadly politics, lost and found souls, broken and repaired families, and the uncanny efficiency of well-trained search and rescue dogs. The latter interest is the vital center of the whole series, with the magical coupling of trainer and K-9 presented once again in a moving, dynamic fashion. 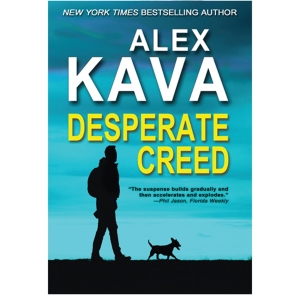 The added complication in this installment is the overwhelming power of fierce tornadoes that shows no respect for man, beast, roads, buildings, or anything else in its way. Ms. Kava’s description of this deadly series of tornadoes in Alabama, the damage done, and the human responses is truly magnificent. She scribes a poetry of natural disaster. 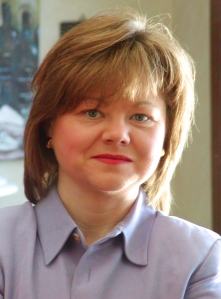 Frankie Russo works for a big Chicago advertising firm where she is paired with a young hotshot named Tyler. He and his friend Deacon Kaye plan to do an analysis of cereal and breakfast bars from Carson Foods. Tyler suspects that the glyphosate used in their products is toxic. Tyler has been hacking the company’s emails, discovering problems including the involvement of a U.S. Senator in plans to send Carson’s products worldwide. Having snuck in, electronically, to the corridors of power, Tyler has made himself a possible target, and possibly Frankie as well. Smart phone email exchanges between Frankie and Tyler have made them easy to locate. Two men have tracked Tylor down, and his phone connection to Frankie makes her vulnerable. They know too much. Plot line one is now rolling.

At his Florida Panhandle K-9 training facility, Ryder Creed is keeping an eye on his sister Brodie, recently saved from long term, mind-altering incarceration. Learning to work with Ryder’s dogs is an important part of her therapy, as is a reunification with her real mother, not the woman who had terrorized her for decades. Plot line two: will this work out? What else does Brodie need? . . .

Is Tim Dorsey the literary incarnation of Florida Man? Tim Dorsey’s latest addition to the Serge Storms saga, Naked Came the Florida Man, takes on the challenge of uncovering a Florida that few readers – or writers – know well. He offers a loony look at a momentous hurricane, a tour of unusual cemeteries, as well as some sobering moments at a mass grave in Palm Beach County where the remains of African Americans killed by an earlier hurricane are buried. He pays homage to the that great icon of Florida culture – Flipper the dolphin. He makes us feel the threat and horror of the sugar cane fields and of those buried beneath – victims, perhaps, of the boogeyman who haunted those fields. Was he just a figment of local children’s imagination, or is he with us even today, the fabled Florida Man just waiting to strike? 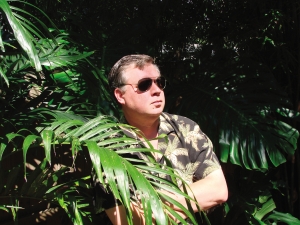 If you like zany mysteries, you’d better latch onto this one and see how Serge investigates a particularly weird case. Seeming like a nutcase is part of Serge’s skill set, and he employs it with unexpected results.

Readers will appreciate the 1960s nostalgia that winds through the book, and they will be imaginatively following that gold ’69 Plymouth Satellite that caries Serge and his buddy Coleman forward and backward in time and space. Along the way he pays homage to Florida writer Zora Neale Hurston and her influence on Georgia writer Alice Walker.

The author, a Tampa resident, starts Serge’s magical mystery tour in Key West and gets his heroes and their imaginary followers up to Pahokee and beyond. He’ll keep you smiling and also scratching your head.

Join the fun. Look out for those sections labeled “Four Years Earlier” and don’t trip over the changes of direction.

The entire article, as it appears in the March – April 2020 Fort Myers Magazine, includes an extended Q & A section and some Dorsey biography.

You can get there by clicking on Florida Man