Deborah Sharp, former reporter for the Fort Myers News-Press and USA Today, is one of those  intriguing Florida mystery writers who make us laugh out loud while we’re reading. In Mama Rides Shotgun, the second title in the projected 3-part “Mace Bauer Mystery” series, Sharp enhances her key characters. Mace, the narrator, is an amateur sleuth whom danger will find. Self-reliant to a fault, her love life is troubled by her sense of being patronized, even by well-meaning men. She’d rather do it herself. Her mother – oft-married and gossipy Rosalee – will constantly and loudly offer unwanted advice about this problem, and Mama gets involved in the mystery plot as well. The family quartet that also includes Mace’s sisters – Marty and Maddie – provides hilarious hi-jinks and sublime sibling rivalry.

To read the rest of this review in its entirety, as it appeared in the Naples Florida Weekly for August 5-11, 2009, click here:

Naples knows Jim Lilliefors for his excellent magazine and newspaper work, and also for his fine writing in Philharmonic Center for the Arts publications. His books include a novel, Bananaville, and two earlier forays into popular culture: Highway 50 and America’s Boardwalks. 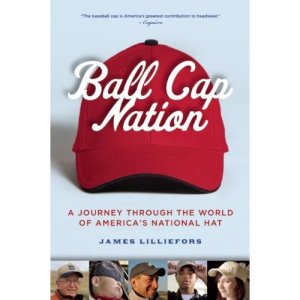 Ball Cap Nation addresses the material and cultural history of the baseball cap in a breezy, sometimes self-deprecating tone. Lilliefors seems to insist that his “Journey through the World of America’s National Hat” is not to be taken very seriously. However, this strategy allows him to sneak in plenty of solid information about this omnipresent head-topper.

Sara Williams, who spends a good part of each year in Fort Myers, has mixed a high-energy mystery cocktail laced with more than a little Hawaiian punch. One Big Itch, Williams’ third novel and the second to feature private eye John Spyer, intrigues and puzzles both protagonist and reader with an array of evidence, motives, and false trails. There are two sure things:  the first is that academic superstar Randy Haverhill has been murdered. The second is that his childhood friend, Spyer, will not rest until he discovers the perpetrator. Then there is a third, less sure, thing: that Hawaii is haunted, and its local spirits will spin you around until they have brought what is hidden to light.

To read the complete review, as it appears in the July-August issue of Fort Myers Magazine, click here: Ft.Myers magazine – Sara Williams

The late 1940s and early 1950s are years that don’t hold a lot of memories for me, and it’s hard to figure out why certain things linger in memory while all else has vanished. Why do I remember Mrs. Aranow, my second grade teacher at Oceanside School #5 (below), but not any of my other grade school teachers? Why is sixth grade totally wiped from my memory? I can remember visiting Billy Markland, my friend and neighbor, in the late 1940s soon after television made its appearance. The Marklands had the first television on our block – Billy’s father – a guard for Grumman or Republic Aviation – built it from a kit. Once I was so eager to streak across the street to Billy’s that I forgot to look both ways and got run over by a car. Miraculously, my young bones suffered no damage. 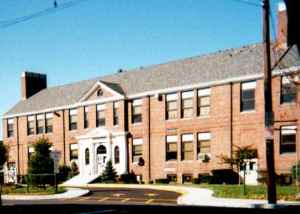 I don’t remember what programs we watched at first, say about 1947, but soon it was “Howdy Doody” and then couple of years later I used to go over and watch “Captain Video” and other early fare for kids. I guess we were about eight years old by then. Billy had polio, and he was housebound for quite a while. Incidentally, local legend had it that the actor who played Captain Video’s nemesis, Dr. Pauli, lived in Oceanside. His house had been pointed out by the older boys, and we crept by it cautiously, trying to get a glimpse of the villain. Sometimes the house was egged. We also heard that Ray Heatherton, the star of the groundbreaking children’s television show “The Merry Mailman,” lived nearby. By the time we got our own set, “Tom Corbett, Space Cadet” was all the rage.

This transition from watching radio to watching television was something I underwent with enthusiasm. I didn’t realize what was being lost in the process. Yes, I said “watching radio,” because that’s what we did. We sat in our knotty pine dinette and stared at the glowing yellow dial on the radio console. Often it was the only light in the room. The scripts and sound effects and performances were so engaging that our minds’ eyes were full of images. Truly we seemed to watch Jack Benny and Tom Mix and The Second Mrs. Burton. Like the poet says, we half-create what we perceive.

Nonetheless, early television lodged itself in my memory. In particular, glimpses of the shows I wasn’t supposed to watch, like “Broadway Open House” with the voluptuous Dagmar, remain stored in my neural archive.

Oceanside is on the South Shore of Long Island, New York. From there, my father commuted into Manhattan to his job as a studio engineer for the Voice of America. Because the VOA offices overlooked part of the route for the Macy’s Thanksgiving Day Parade, I had the good fortune of a great view for that annual festivity. Though television was already bringing the parade a national audience, I was just thrilled to see it in person.

Even though the balloon floats were designed to be seen from below, it was great to be eye-level with many of them rather than craning my neck upward. Unforgettable, being up there with the floats – almost as if I, too, were floating.

Other vivid memories include going with my friends on strenuous (and unapproved) bike rides to the North Shore, hearing the coal rumbling into the coal bin on delivery days, fishing with Grandpa Jake off of a little bridge on the way to Long Beach, and seeing the anxious looks on the faces of customers when I delivered Newsday the day after Stalin died. I also remember the sign outside of an imposing old church down the block from our house announcing its founding at a time when the town was called Christian Hook. As a sensitive young Jewish boy, this attribution always made me feel a bit uncomfortable. And I can’t ever forget Major, the stray mutt that we took in as our own for about a year until my mother insisted that we get rid of him. He is memorialized sixty years later as the answer to security questions on my various online accounts. Talk about immortality!

I can recall with little effort those summer days when I set up, on an orange crate, my lemonade stand. My mother encouraged this entrepreneurial streak – and so when 3D comic books became available I was even more adventurous. A tremendous fan of this short-lived fad, I collected aggressively – Mighty Mouse and the rest – and launched a 3D comic book lending library for the less fortunate kids in the neighborhood. These anaglyphic works, the kind with the overlapping lines in red and blue that required special glasses with red and blue cellophane lenses, created impressive three-dimensional effects. 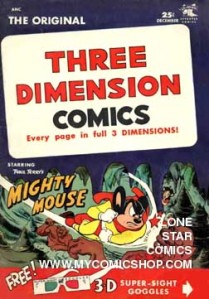 I don’t know that I made any money. I didn’t have an enforcer to bring back those overdue comics, and so my inventory slowly dwindled.

I had lots of other collections. My father encouraged the stamps and coins and electric trains. These educational enterprises kept me occupied, but not really enthralled. No, it was those Dixie Cup ice cream lids that became a true addiction. For a while, I had shoe boxes and cigar boxes filled not only with the usual sports-related cards that came packaged with bubble gum, but also with these circular disks bearing the blue-tinted likenesses of Hollywood starlets. Rhonda Fleming, Veronica Lake, and even Wanda Hendrix were slowly revealed as I licked the ice cream from each Dixie lid. Yum!

Oddly, I also hoarded the lids from milk bottles. I don’t think these had anything printed on them. They were useless. Perhaps we used them in games requiring something like coins or poker chips.

Towers Funeral Home still stands. Its owner and director is Robert E. Towers. Now in his later sixties, he is the grown up version of the Bobby Towers I played with as a boy. When we were kids, the funeral home was the scene of secretive and scary doings. We’d sneak around the building that stored coffins, and Bobby would lead us through the spaces where embalmings were performed. What a place for hide-and-seek! I didn’t know it at the time, but the funeral home and surrounding land was once the estate of Ziegfield Follies dancer Gilda Gray. 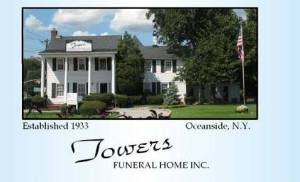 Of all the smells of memory – the sunshine, the South Shore salt air, the blended aromas of seafood and hot dogs inside of the Roadside Rest, the coal dust in the basement, the lemonade, the exhaust from the 1936 Buick before we got the 1950 Plymouth, the incredibly sweet lilac blooms in our back yard at 14 Amos Avenue – the most pungent and lasting is the smell of the formaldehyde from the innards of the funeral home. So strong, it lingers still as the preservative, the elixir, of these memories.

In the summer of 1954, we moved from Oceanside to Silver Spring, Maryland because the Voice of America headquarters moved from New York to Washington, D.C. That’s why these memories are so odd and precious. They are discontinuous with my later experiences of boyhood and young adulthood. Oceanside ends for me at the age of 12½. A complex web of place and friendships and daily routines was severed. Slowly, another took root.

I have no plan to return, to be a ghostly voyeur spying on my childhood self. But as I imaginatively breathe in those years, bordered by Kindergarten and 8th grade, I can’t help but ask myself the unanswerable what if?

[The few blocks from Amos Avenue — on the lower right — to Towers Funeral Home. The Church refered to is at the corner of Amos Avenue and Oceanside Road.]