“Oedipus in Brooklyn and Other Stories,” by Blume Lempel

These spare, skillful tales are both introspective and illuminating. 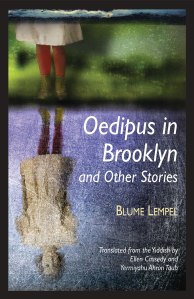 Does it make sense to talk about a writer’s voice when responding to a translated work? In the case of Oedipus in Brooklyn and Other Stories, a book with two translators, a distinctive English voice — a blend of attitudes, mannerisms, and rhythms — rises off the page. In what ways is it true to the Yiddish original? This reviewer will never know. Still, the voice tests boundaries between the private and the public self, intimacy and isolation, confidence and insecurity.

Presented as works of fiction, these stories — many of them brief vignettes — have the ring and the stance of polished journal entries or memoir. These memories, meditations, and musings, which inhabit the same settings that author Blume Lempel lived in or visited, are at once introspective and filled with sensory detail. The searching soul often moves by association, turning many corners.

A good many of these pieces are inner portraits of the narrator, just as many are the narrator’s exploration of one other character — a person who is important to her life and to her understanding of it.

Lempel moves us back and forth among the sights, sites, and sounds of Jewish Poland, intriguing Paris, multilingual Brooklyn, with its heavily Jewish neighborhoods, Long Island’s Long Beach, and a handful of other places. Different phases of the narrator’s life — childhood, young womanhood, motherhood, spousal dynamics — are braided into each other beyond the simple, single thread of neat chronology. 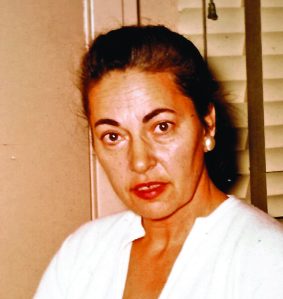 Lempel’s story titles, as translated, most often contain the name of a character: “Pachysandra,” “My Friend Ben,” “Yosele,” “Cousin Claude,” and “The Bag Lady of Seventh Avenue” are among the tales bearing such sparse, straightforward titles. Though the stories usually show the title characters in relationships (and Lempel has a fine ear for creating compelling dialogue), a recurrent sense of isolation nonetheless permeates the collection.

It springs out vividly in “The Little Red Umbrella,” when Janet Silver, out on a blind date, misplaces the umbrella that was meant to identify her for the poet she intended to meet. Janet seeks a relationship, though she has reveled in her independence. Suddenly, she is overwhelmed by the realization that freedom does not have the meaning it had in her younger days: “Now it meant free to bang her head against the wall and not even hear an echo.”

In “Neighbors over the Fence,” Jewish Betty tells the time by noting the routines of her neighbor, Mrs. Zagretti, an Italian widow. The women bond over their appreciation of horticulture. Mrs. Zagretti becomes a mentor to Betty, whom she considers a much better companion than her son’s wife, even though Mrs. Zagretti has long ignored her Jewish neighbor.

Feeling isolated from her son and daughter-in-law, she leans on this unexpected connection with Betty. She even confides her desperation: “Can you imagine feeling close to a fly?” She confesses that a fly’s death has shaken her: “I felt as if I’d become a widow for the second time.”

Here and elsewhere, Lempel connects this sense of aloneness to the Jewish condition. . . .

To read the entire review, click here: Oedipus in Brooklyn and Other Stories | Washington Independent Review of Books

This review essay appears in the Fall 2011 issue of Jewish Book World.

Two exciting new studies explore the contours of modern Jewish literary identity. While one surveys the pluralistic nature of modern Jewish literature through a variety of theoretical approaches, the other examines the particularities of Hebrew fiction written in early 20th century Europe and the transient lifestyles of its creators.

LITERARY PASSPORTS: THE MAKING OF MODERNIST HEBREW FICTION IN EUROPE

The plural noun in the main title of Modern Jewish Literatures raises the age-old question of how to define Jewish literature while suggesting the plurality of its achievements, cultural orientations, languages, circumstances, and genre manifestations. Although the fifteen chapters do not directly speak to one another, they draw significant portions of a map of understanding, a map for which the ultimate shape remains elusive. 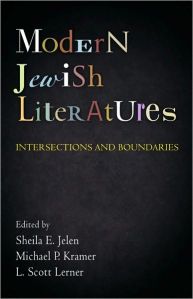 Each essay breaks new ground in addressing modern Jewish experience and its literary representation.  Several scholars attend to authors whose works promote a cultural campaign, trailblazers whose theoretical frames of reference simultaneously energize and circumscribe their creative efforts. Assumptions about Judaism and Modernism, the relative status of Hebrew and Yiddish, and relationships between Diaspora cultural creativity and that of Palestine/Israel are framing propositions. Is the deliberate production of a people’s literature a deliberate exercise in nation building?

Several essays look away from the creation of literature to concerns about its publication and distribution, thus the book offers lively explorations of uniquely Jewish publishing enterprises and of one very special Jewish book store.

This marvelously rich and varied gathering has many surprises for scholars and for general readers who have patience with academic style. It is a major resource for teachers and their students. Index, introduction, notes.

Professor Pinsker argues that the notable garden of Hebrew literature that blossomed in early twentieth century Europe is not well served by criticism that views it primarily as a strategy in the Jewish nationhood agenda. While Zionist impulses certainly encouraged the resurgence of Hebrew as a modern vernacular and literary language, the nature of the literature (primarily fiction) draws its energy from several other historical factors. Pinsker shows how this body of Hebrew literature is energized by the various esthetic and thematic concerns broadly labeled as Modernism. 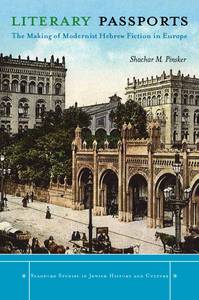 Like the encompassing European Modernism, the new Hebrew literature is a literature of urban experience. Its major practitioners were wanderers who developed a café-centered community life in several cities where Hebrew periodicals and publishing houses also emerged. The Modernist urban themes of dislocation, alienation, and identity (thus the passport metaphor) preoccupied this group of writers, as did those of sexuality and gender. Pinsker explores provocative subsets of these concerns, including the crisis of Jewish masculinity, the interface of writing and sexual desire, and the Jewish version of the New Woman.

In a major section of his study, Pinsker examines how these writers express Modernist attitudes toward Jewish traditions and religiosity.

These two volumes enlarge our understanding of key issues, texts, and personalities. Pinsker isolates and expands a few of the areas of interest pursued in Jelen-Kramer-Lerner enterprise. Indeed, the two books conduct a fine, rewarding conversation.

Philip K. Jason is professor emeritus of English from the United States Naval Academy. A former editor of Poet Lore magazine, he is the author or editor of twenty books, including Acts and Shadows: The Vietnam War in American Literary Culture and Don’t Wave Goodbye: The Children’s Flight from Nazi Persecution to American Freedom.