Serial killer pursued by a most worthy, though inexperienced, FBI adversary

It’s not every day in the book business that you run into a prequel for a highly regarded thriller series. However, here it is displacing A Perfect Evil as the first installment of the long-lived Maggie O’Dell Series in that it is constructed to bring readers a slightly younger and less experienced version of the series protagonist.  Maggie is already recognized as a particularly talented young FBI agent, proficient as a profiler and as a forensic wiz. 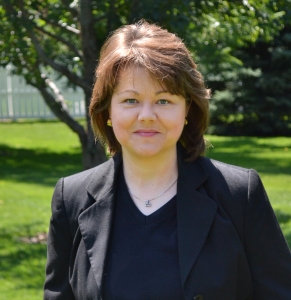 She has done much of her work fielding inquiries from other agents via computer. Now, though her somewhat reluctant supervisor provides her first field assignment – a real live crime sign. Problem is the victims are no so very live. Serial killer Albert Stucky is as crazy as he is skilled. He haunts backwoods Virginia (though he has killed elsewhere) and is brazen enough to enjoy being identified – though as a master of disguise his apparent identities are just part of a game. He is a grand manipulator. He leaves messages for the law enforcement officers who are trying to track him down and end the carnage. 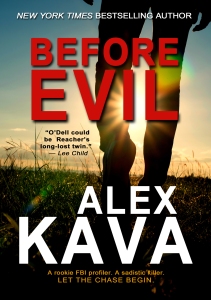 He finds Maggie to be an irresistible adversary.

Chapters focused on Maggie and her co-workers are alternated with chapters that takes readers into Stucky’s brilliant but damaged mind. He’s a killer who simply loves his work. A man who has made millions of dollars, Stuckey needs bigger thrills than money can provide. He has developed a slew of well-planned hiding places, and no description of him will hold up as he readily discards and replaces signs of age, physical stature, social class, and anything else identifying that one might think of.

Stuckey is a careful and usually meticulous planner. He loves it when a plan comes together, but he also enjoys surviving risky adventures. He’s a show-off. There is nothing, however, like the thrill of the kill. His major weapon is a crossbow. He is truly a hunter – mostly of women. He often imprisons his victims before ultimately destroying them. He fancies himself a surgeon, and he leaves evidence of his skill. . . .

If you missed the opening title in this powerful new series, catch up by plunging right into this one. The action is nonstop, the suspense is wound tight, and the concerns of the plot, while they go back in time, are extremely timely.

Ryder has come to the scene of a huge landslide in North Carolina. A search and rescue dog trainer, his task is to set his animals on the trail of any people who might be buried and to save whomever can be found alive. Ms. Kava’s ability to smoothly blend fascinating details about this rescue process into her narrative is not the least of her skills.

Time is the enemy when people are buried in the mud and cannot extricate themselves. In fact, readers are not far into the story when Ryder himself almost becomes a victim of the continuing bad weather, especially the torrential flooding and the unsure footing.  Surprisingly, Ryder just barely dominates this novel, as he is on several occasions unconscious or physically compromised. Fortunately, there are other major characters who hold our interest.

One of these is Ryders’s acquaintance, FBI agent Maggie O’Dell, who is sent to be the eyes on the spot for the civilian security establishment. The man she should report to, Logan, who served with Ryder in Afghanistan, is rarely to be found as matters get worse and worse. Sparks of attraction will fly between Ryder and Maggie, but will anything ignite?

Jason, Ryder’s assistant, is another well-crafted and highly original character. An amputee because of a war injury, Jason – like Ryder – must deal with PTSD and anger management to work effectively in society. His job with Ryder’s dog training enterprise is an opportunity to prove himself.

Nature can be hell, but as Ms. Kava makes clear, it is the human factor that is most demonic.

Guess what has been buried by the landslide. I’m counting . . . oh, you’ll never guess. It’s a secret government research facility charged with preparing to defend against chemical and biological warfare. Naturally, this means it has on hand the instruments of death for which antidotes must be developed. This facility, one of many spread around the country, does its work without clear oversight.

Rescuers discover that one of the recovered scientists died ahead of the landslide – shot. Is the landslide a literal cover-up for murder? A happy accident for people who have a lot to hide? Will more victims of murder be found entombed in mud?