A lively program for spiritual detox and renewal

Most self-help books offer ideas that aren’t really new. The value of a motivational guide has to do with presentation. Organization, accessibility, and authority can lead to a successful presentation of familiar concepts. The author’s voice and the ways in which the author engages the reader are also determining factors. On all these issues, Barbara Miller’s “10 Steps to Choreographing Your Best Life” is strikingly effective. She’ll make her primary readers, women who seek encouragement and the tools to empowerment, actually pay attention.

The advice, familiar enough, can now sink in.

Ms. Miller, who has lived and worked in Naples for many years, is concerned with women who have lost the keys to self-esteem. They have repeated unsuccessful patterns in their relationships and reached, inevitably, stasis and despair. Tempted to interpret their predicament as caused by outer circumstances and other people, they have to learn how to take responsibility for their lives and their happiness.

The author carefully leads them back into themselves to convince them they have always had – and neglected – the tools to live the lives of their dreams. The missing ingredient has been gaining control of the knowledge, skills, and tools – and then developing them further.

Ms. Miller does not allow her reader simply to accept blame for her unhappiness. Blame is not really the issue, and wallowing in blame means looking backward. However, the past cannot be changed. Meaningful, strategic commitments in the present, confidently put into action, can create a successful future. Mantras help. Thoughts and language make a difference on the road to action, accomplishment, and well-being. . . .

Connie May Fowler’s Novel of Empowerment 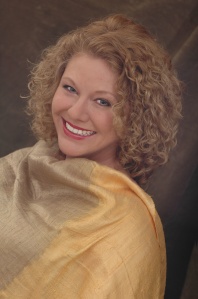 Readers of acclaimed, best-selling author Connie May Fowler will be thoroughly satisfied with her latest novel. The protagonist, Clarissa Burden, meets June 21, 2006 with frustration and trepidation. On the longest and hottest day of the year, she is trapped in loveless marriage in what was once her dream house in panhandle Florida. Not only does her husband demean her by neglect, withering remarks, and compulsive attention to his transparent “business” of making artistic renderings of naked young women, but also Clarissa demeans herself.

Childless in her mid-thirties, Clarissa is suffering writers’ block after some early successes as a novelist. Her barrenness on various levels marks this highly perceptive and imaginative woman as, paradoxically, convention-bound. Dependent on the opinions and actions of others, she yearns for the independence that requires risk-taking. That is, she needs to learn how to fly.

The 24 hours of Clarissa’s transition are narrated in a style that is exquisitely detailed, at once realistic, fantastic, and ultimately fabulous in all the various meanings of the word. The creatures who share Clarissa’s space in the natural world seem responsive to her moods and actions. Her guardedness and fearfulness are reflected in the warnings of “Ovarian shadow women.” The fauna and the shadow women serve as choric voices, aspects of Clarissa’s own submerged wisdom sounding alarms.

Clarissa’s imagination – or is it some other force? – puts her in touch with a one-armed compromised angel named Larry Dibble, a carnival of dwarfs, a ghost fly, and a magic tree. Her old house is haunted by the ghosts of a long dead and self-assured Spanish woman, her black husband (a free man when Florida was under Spanish rule), and their young child. Clarissa’s encounters, whether actual or imaginative projections, challenge her as they guide her toward self-realization and self-assertion.