A thriller that spills over into the literary fiction genre

Now that one member of this writing team, Lincoln Child, has established a winter residence in Sarasota, I have the pleasure of reviewing their new book in my “Florida Writers” column. Though each author has published notable fiction as a solo writer, their jointly written Pendergast Novel series has perhaps provided more best sellers. This one is certainly a dazzler.

New York Police Department Lieutenant Vincent D’Agosta has been assigned to the case, a search for a tech tycoon’s missing daughter. But then her body is discovered in an abandoned warehouse – headless! Now it’s a gruesome murder investigation. D’Agosta is please to discover that genius FBI Special Agent Pendergast is also assigned to the case.

There is a ton of pressure to solve this horrible crime. Fortunately, both D’Agosta and the legendary Pendergast handle pressure well, though their styles are quite different. Much of the pleasure in this addictive novel is how Preston and Child build such intriguing, distinctive major characters.

The pressure thermometer increases as more headless victims turn up. Why this horrifying signature? What possible motive? Is there one murderer or a bunch of copycats? Are such heinous crimes a symptom of a diseased city? 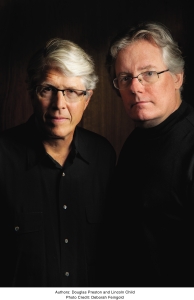 The working out of the plot, and the series of beheadings, requires the efforts of many additional law enforcement professionals. The authors handle these subordinate figures well, providing just enough individuality for each so they don’t seem like merely walk-on parts.

The FBI and NYPD are not the only investigative forces at work. New York Post reporter Bryce Harrington is planning a long uptick in his career as the person who reveals the “decapitator.” He stirs things up with an emphasis on how the one percent (the phenomenally rich and privileged New Yorkers) exploit the ninety-nine percent. Maybe the motive – and the disease – is connected to this huge imbalance of power. Maybe someone is righting the scales by bringing down the powerful. Vengeance may be driving the series of crimes. . . .

To read the entire review, as it appears in the February 15, 2018 Naples Florida Weekly, click here: Florida Weekly – City of Endless Night