Debut novel illuminates the boundaries of community, connectedness, and identity

The Other Side of Everything: A Novel, by Lauren Doyle Owens. Touchstone. 272 pages. Hardcover $25.00.

Lauren Doyle Owens, who lives in the Fort Lauderdale area and has set her first novel there, is someone to watch. She has written a stunning literary murder mystery that is at once a nailbiter and a brilliantly nuanced evocation of how communities work and don’t work. How proximity to others does not create a neighborhood, how aging in place can foster a misery of isolation as contemporaries pass away and new neighbors remain strangers. 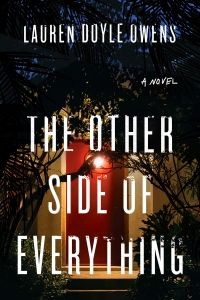 Ms. Owens builds her novel around three major characters whose situations and perspective rotate through the novel. Bernard White, about to turn eighty, has lived in the suburban community called Seven Springs for decades and witnessed its socio-economic changes. Since his wife’s death, he has become increasingly withdrawn. When he sees smoke rising from his neighbor’s house, he calls 911 and awaits the firemen, police, and paramedics. The fire seems to have covered a murder. But why Adel? Who really knows her, anyway?

Bernard feels helpless in the situation, somehow responsible for what happened. The tragedy wakes up the neighborhood, leading Bernard to begin a tentative re-engagement. 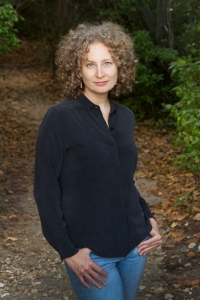 Amy Unger, a cancer survivor, spots the fire on her way home. Once a promising artist, she thought briefly of photographing or sketching the scene. But she is not yet ready. She is still cowed by her husband’s disdain for her avocation. The marriage has gone cold, and Pete’s business trips are far too frequent and extended.

Maddie Lowe, fifteen and suffering from her mother having abandoned the family, works in a restaurant near school and home. She attempts to take care of her brother, and she attempts friendship with a homeless man, Charlie, who comes into the restaurant regularly. Her need for respectful attention is met in part by a neighborhood college student whose advances flatter her. However, her sexual awakening has a raw edge to it. She is a child being pushed into adulthood way to fast and yet meeting her challenges with a surprising degree of effectiveness.

Murders of elderly women in the neighborhood continue. These are not random. The killer has an agenda. What’s his motive? Is he an outsider, or someone in their midst? . . .