When we first meet Franky Dast, he is just out of prison. Falsely convicted of a double murder eight years ago, Franky, in is mid-twenties is entering a world he has not yet begun to figure out. Largely due to his own efforts, his has been given his freedom. He was betrayed by Higby, a demonic arresting officer who put him on death row, by his ill-equipped public defender, and by a system that had no interest in raising questions about the past. Bitter over the lost years and the taint on his name, Franky gains employment with the Justice Now Initiative, a small organization that aids people facing the same problem of having been unjustly imprisoned.

A haunted man, Franky is not an ideal employee, but his supervisors nurture him as best they can.

In order to more fully establish his innocence, Franky feels the need to discover who was really guilty of murdering those two brothers, young teenagers, with whom Franky had an innocent encounter that doomed him.

Just as he had done much of the investigative work that set him free, Franky is back at it again, trying to to follow up on the death of those boys and to others whose lives and deaths seem to have linked circumstances and details.

With no bars hemming him in, often confused, and determined to be in charge of his own life, Franky is taking chances that might get him in trouble. 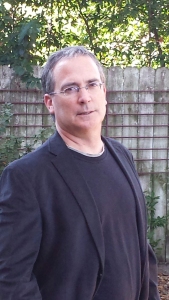 This gorgeously crafted, shudderingly dark novel blends the genres of psychological thriller and murder mystery. Many will find the author’s probing of Franky’s tormented psyche to have primary appeal. However, the young man is also an adept reasoner and a bulldog at getting close to people who may have secrets that he needs to draw out.

The version of Jacksonville that Mr. Wiley takes us through is a stretch of the urban and suburban American South blighted by corruption and contamination of all kinds. Autopsies reveal unusually high mercury levels; a powerful judge holds sway over how and whether law –  as actualized in the sheriff’s department and the courtroom – is administered; and the low-end rooming house where Franky rents a room is a sordid, grimy place (although its owner/manager seems to be a competent and caring person). . . .