A new and challenging understanding of a most imaginative, penetrating, and influential Jewish mind

This recent addition to Yale’s “Jewish Lives” series addresses what can be discovered and reasonably imagined about the life of a man for whom there is no physical record. Rabbi Akiva, known as the founder of Rabbinic Judaism, is mentioned everywhere, but the mentions were written long after his death. Indeed, in Rabbi Akiva’s lifetime (considered to be 50-135 CE), the kind of recordkeeping and documentary evidence that is at the heart of biographical and historical writing did not exist.

What’s a scholar to do?

In this case, he can write the biography of his subject’s mind, achievements, and reputation as transmitted to those many generations after Akiva’s time. They, the rabbis to follow, inherited and rehearsed the tales of his extraordinary insights into the Torah and how these insights live in the Talmud (and elsewhere), thus continuing to inform our sense – even today – of what Judaism is. Rabbi Akiva is the major founder and exemplar of Rabbinic Judaism – the Judaism that emerged after the destruction of the Second Temple (70 CE) and the failed revolt against the Romans (132-135 CE). The Jerusalem Talmud calls him a “father of the world.”

In many ways, Rabbi Akiva must remain a mysterious figure. Nothing is known about his parents. We don’t know the place of his birth and where he resided. Stories about his execution have legendary power, but there are no references to this event in Talmudic sources. There is a frequently visited alleged burial place on the edge of the Sea of Galilee, but scholars don’t give it much credence. As Dr. Holtz puts it, what we must accept is in searching for Akiva “we remain caught between fact and legend, history and the shared memory of an old culture.

In order to put Rabbi Akiva in context, Dr. Holtz devotes a chapter to what is known about the world in which he lived. He draws upon the fairly proximate picture painted by the Jewish historian Josephus “who managed to negotiate the boundaries of the Jewish and Roman worlds in a savvy and successful way.” The author gives us enough history to make us understand that Jews, then as in more recent times, “were a nation, ruled by a foreign power.” They constituted roughly 50% of a Roman region called Palestine that had about one million people. Prof. Holtz explores the Great Revolt, it’s causes and consequences, and the important rabbis with whom Akiva interact. He explains how the group of scholar-leaders called rabbis emerged. He connects Akiva to the rabbis who were first his teachers, men who eventually saw him as their master. 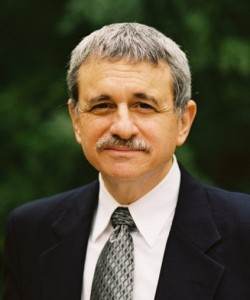 The story goes that Akiva reached middle age with no significant Jewish identity or learning.  He was, in all the ways that we might deem important, a self-made man. One tradition suggests that Akiva the unmarried shepherd ‘began his studies for the love of a good woman.” Another tradition finds him already a married man with a son when he – on his own volition – took on the career of learning.

Does it matter? Perhaps not. What does matter is that his abrupt transition captured the imagination people who can never ask enough questions. Dr. Holtz guides us to understanding what it meant for others to probe, perhaps half-create, their hero teacher-scholar Akiva. If their answers to questions about this enigmatic figure are contradictory, so much the better. Comparing various sources, and the sources of the sources, Dr. Holtz develops a notion that important stories about Akiva led to discovering  Akiva’s own insights about the  shaping  — strengthening or softening – of his heart.

Much about Akiva concerns his career – in both life and afterlife – as an exemplary figure. For example, his modesty is often praised. We are urged to remember that his origins were in poverty. That he was a true nobody until he became committed to his religious studies.

Rabbi Akiva’s engagements with religious and ritual issues are often at the center of these biographical snapshots. One such tale involves Akiva coming upon a corpse and puzzling over its final disposition. The complexities of Jewish law make the decision difficult, and the still-young rabbi realizes how much he must learn in order to make sound decisions about what is the “right thing” to do.

Another tale tells of Akiva’s presence as part of a rabbinic triumvirate determined to overturn another celebrated rabbi’s earlier decision. The interplay among the rabbis clearly illustrates Akiva’s stellar status among them. He is regularly given the final – and decisive – word on a contested issue. This importance is underscored by the rabbinic interchange recorded in the Haggadah in which Akiva has the prevailing argument. Here and elsewhere, Dr. Holtz reinforces the Akiva principle of interpretation that “requires paying careful attention to every detail in the text.”

Other Akiva stories find him portrayed as “a spiritual master, a person capable of attaining an insight into God and God’s hidden realms that other worthy figures were unable to attain.”

Over and over, Dr. Holtz suggests and demonstrates fruitful ways of reading and drawing understanding from the Akiva stories. His book may be best valued as a remarkable primer in today’s methodology.

At the end of a reader’s journey through Holtz’s remarkable and inspirational “life of Akiva,” one is likely to agree with the author’s feeling that Akiva, a most eminent sage at the center of early rabbinic Judaism, prepared the Jewish world for its future.