It is the middle of the Roaring Twenties when we pick up the story of the Buckley family first presented in Ms. Pringle’s “Ginga’ Root Tea: An American Journey.” Lily, the oldest of the five sisters still living at home, dreams of independence from her parents’ strictures as she navigates the close of her high school years. She also dreams of escape from the poverty that has been grinding the family down.

Her father Walter, a successful, confident businessman in his native Jamaica, has not been able to transfer his skills and experience to New York City. The move he made in the hopes of giving his children good educations and exciting prospects has not worked out. They live in an overcrowded basement apartment, Walter toiling as a janitor and working a second job to keep them, barely, afloat.

The mixed hues of the Buckley family leave them suspended between the more settled community identities of blacks and whites. Walter is light-skinned, and Lily – who can pass for white – is dancing on the color line – she can pass for white.

The novel opens with Lily getting a fashionable “bob” hairstyle. She knows this decision carries risk, but she is interested in being true to her rapidly emerging sense of self, which includes being fashionable.

Entranced by jazz music and costumed showgirls, Lily becomes a secret frequenter of the Vision Magique. Betty Morrison, mother of Lily’s best friend Carmen, sews costumes for this nightclub. Betty  warns Lily about the dangers of crossing the color line, but circumstances and her own personality lead Lily to drift in that direction.  She is befriended by Gina, the most popular of the showgirls, who acts as a mentor.

When she walks along the mirrored hallway that leads to Gina’s dressing room, Lily automatically takes on a new manner, gliding like the showgirls: “back straight, breasts high, buttocks tight as drum skins.”

The narrative reveals Lily’s gradual loss of innocence and the accelerating allure of Prohibition-era nightlife and entertainment. Seeing no future in the basement apartment, Lily seeks to escape from parental supervision as soon as she can. 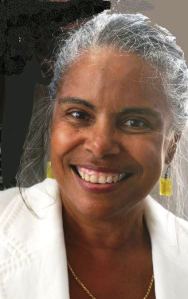 Meanwhile, the family’s misfortunes deepen. Payments from investments back in Jamaica are shrinking, and Walter suspects thievery. He must return to look into the matter.  Isabel, whose New York experience has been a prolonged plunge into icy despair, needs to revisit the scene of her social prominence as mistress of 21 Rousseau Road. The trip, for better or worse, will leave Lily in charge of the two younger teenage daughters, while the youngest girls will travel with their parents. . . .

To read this review in its entirety, as it appears in the Fort Myers Florida Weekly for March 26, 2014 and the March 27 Bonita Springs, Naples, and Charlotte County editions, click here: Florida Weekly – Pringle’s Lily