“The Neruda Case,” by Roberto Ampuero

Mix ever-tightening suspense, South American history, the fictional treatment of a major world poet, revolutionary turmoil and a reluctant sleuth and you’ve got a novel that is hard to put down and easy to remember. In The Neruda Case, Roberto Ampuero’s first novel to appear in English (though he has otherwise long been published worldwide), the author’s new readers step into the Chilean crisis of 1973. Allende’s socialist-leaning coalition government is under siege and tottering. A military junta is about to put General Pinochet into power. 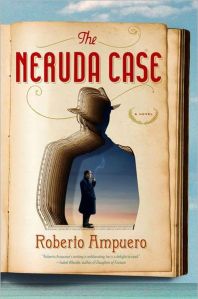 The aging and severely ailing Pablo Neruda, an Allende partisan, has something nagging at his soul. A young man named Cayetano Brulé, a Cuban by way of Miami now living with his activist wife in Valparaíso (Chile’s second city), meets Neruda at a social gathering. After some brief conversation, the great poet asks Cayetano to a private meeting during which he convinces him to track down, with utmost discretion, a Dr. Bracamonte, whom Neruda had known three decades earlier during a diplomatic post in Mexico City. Neruda seems desperate to discover the doctor’s whereabouts.

Hypnotized by Neruda’s gift of gab, flattery and transcendent personality, Cayetano agrees. It’s clear that the money will be good. However, he is hesitant; after all, he has no experience or skills in sleuthing. Outrageously, Neruda presents him with an armful of Georges Simenon’s Inspector Maigret novels and suggests that he start reading. 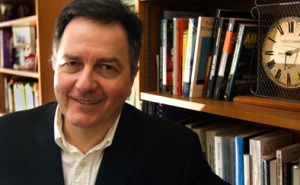 In this manner, Ampuero launches his theme of life and art in two ways: in Neruda’s suggesting the novelist’s fiction will suffice for the real-life investigator’s training, and in having the poet conjure up a detective, Cayetano in a new role, who had never before existed. Neruda observes that he has played many parts in his life, inventing himself over and over again. Why can’t Cayetano give it a try? Ampuero cleverly complicates this theme throughout the novel.

This is a game for academics and other literati. What’s going to hold the general reader? Well, of course, it’s the mystery itself. Why is it important to find Bracamonte? How well will Cayetano serve as a detective? What happens after the doctor is found — or if he isn’t found? Time is running out on various levels: It’s running out for Chile, for Neruda and for the young detective manqué. . . .

I hope this the first of many appearances in this fine online publication.